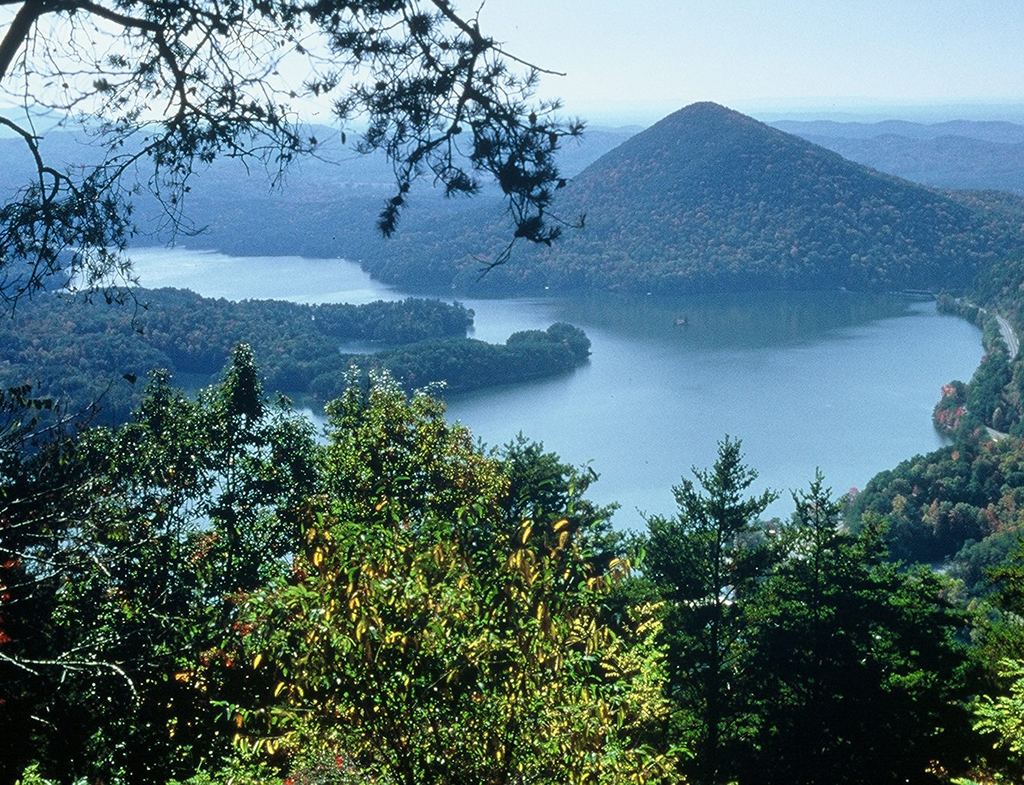 The Old Copper Road was painstakingly built in 1853 to connect the copper mines in southeastern Tennessee’s Copper Basin to the railroad terminus at Cleveland, Tennessee. John Caldwell hired local Cherokee Indians and whites to build the road, an arduous task completed in two years. Upon completion, copper haulers drove teams of oxen and mules over the road for two days to transport ore to Cleveland. The return trip a half day longer because of the uphill grade. The haulers and teams camped overnight next to the Halfway House, so named because it was halfway between the copper mines and Cleveland. They spent the next night in Cleveland, camped out east of the railroad depot in an area called “Frogtown.” The old road is now a section of U.S. Highway 64 that links Ducktown to Cleveland. The 12 miles that winds through the Ocoee Gorge is known as the Ocoee National Forest Scenic Byway, the nation’s first National Forest Scenic Byway. A 5-mile restored section of the original roadbed can be found at the Ocoee Whitewater Center, near Ducktown, Tennessee where it is open to the public as a hiking and biking trail. Along the way, visitors can see Ocoee Dams Number One and Two as well as the Historic Ocoee Flume Line and Diversion Dam.